Police officers, criminal investigators and polygraphy experts refer to the truth-telling procedure as a polygraph test. Others would much rather call it a lie detector exam. But can it really identify lies as the name suggests?

A polygraph machine is not designed to detect lies. What it detects instead are changes in the various physiological responses of the subject to questions that could be associated with deception. The instrument can help point out if the examinee is under stress but not necessarily whether or not lying.

Because of its various sensors, a polygraph machine looks like it’s a very complex unit.

Well, you will be surprised to learn that being hooked up to it is just having your vital signs checked at the hospital. During a lie detector test, however, it’s the polygraph examiner who will assess the numbers and not a doctor. And instead of determining your current state of health, he or she will decide whether or not you are being honest.

What Does a Polygraph Record?

A polygraph machine monitors physiological processes and records significant changes in them throughout the examination. Each time the subject lies, supposedly, his or her physiological responses increase or accelerate. The differences in the readings between a relaxed state and a stressed state allow the examiner to identify deception.

Many different things can activate your fight or flight response, which is an automatic physiological reaction to an event perceived to be stressful, frightening or dangerous.

Believe it or not, telling a lie is one of those.

It’s exactly because of this why a polygraph examination has a high accuracy rate when it comes to determining deception. Designed to monitor blood pressure, heart rate, respiratory activity and sweating, the test allows the examiner to know if there are significant changes in the examinee’s physiological reactions when answering a question.

But it’s important to note that just because there’s an increase in the readings means that the subject is lying. Since the pattern of physiological responses to when being deceitful is similar to when the individual is feeling anxious or uncomfortable or has taken certain medications, a deception indicated report could be wrong at times.

Why Do Physiological Processes Vary?

Physiological processes can be affected by just about anything that can impact the amount of stress hormones in the body and the state of the autonomic nervous system. During a lie detector exam, deception can leave the examinee stressed. The resulting physiological changes are then recorded by the polygraph machine for evaluation.

In some instances, no amount of stress can affect a person’s physiological process.

This is particularly true if he is taking certain medications, such as those for managing high blood pressure or anxiety disorder. With his or her blood pressure, heart rate and other vitals remaining practically constant, it’s not unlikely for the polygraph machine to pick up no significant physiological changes.

Hypertension, pregnancy and certain mental illnesses such as anxiety and PTSD may cause some of the person’s vitals to be constantly elevated. If the matter is not known to the polygraph examiner, he or she may mistakenly believe for the examiner to be under a high level of stress for attempting to beat the test.

During the chart evaluation, the polygraph examiner may also have a difficult time determining whether or not there’s deception. As a result, he or she may come up with an inconclusive diagnosis.

Unlike a false positive or a false negative, an inconclusive polygraph result is not considered an error.

In most instances, such as for pre-employment screening or investigative purposes, someone who gets an inconclusive result is almost always asked to retake the lie detector test. There are cases, too, where an investigation will be conducted to try to determine the cause of the inconclusive result.

Why is the Pre-Test Phase Important?

There are many things conducted by the polygraph examiner during the pre-test phase of the examination. Some of the most important include establishing the medical history of the subject to determine whether an existing condition or medications taken can affect physiological processes recorded during a lie detector test.

A polygraph test is not like what happens in TV shows and movies where the person who is conducting the test immediately asks the suspect one incriminating question after the other.

Before you get strapped to the lie detector machine, many things happen.

As a matter of fact, it’s the pre-test phase, which takes place prior to the question and answer portion, that’s the longest part of any polygraph examination. One of the things that an examiner will do during this stage is to find out if the test-taker is suffering from hypertension, anxiety or any other health condition that can affect the exam’s accuracy.

He or she will determine if drugs or medications that can alter one’s physiologic processes are being taken.

During the pre-test phase, the examiner will also introduce you to the polygraph machine and the examination itself to help encourage relaxation, thus keeping your doubts and anxiety from potentially contaminating the result.

Read Also: The Polygraph Test Process: What to Expect

Can You Lie to a Polygraph?

Lying in order to pass the polygraph examination is possible through countermeasures. Anything that the subject can do in a deliberate attempt to influence the result is referred to as a countermeasure. But other than a false negative where a deceptive person is reported as truthful, an inconclusive report may also result from the use of countermeasures.

It’s not just guilty individuals who tend to use countermeasures but also innocent ones.

Knowing that a polygraph exam is only up to 90% accurate, say proponents themselves, the possibility of failing it when in fact your hands are completely clean can be a terrifying thought.

Physiological and psychological — countermeasures can come in these forms.

Some common examples of physiological ones include placing tacks in the shoes, biting the tongue or cheek and squeezing large muscle groups in order to increase one’s stress levels. Solving a complex math problem and going to a happy place are some popular examples of psychological countermeasures.

It’s completely up to you whether or not you will attempt to beat a lie detector exam with countermeasures. Just in case you decide to do so, make sure that you don’t get caught. That’s because the examiner might cancel the test and come up with a purposeful non-cooperation (PNC) diagnosis, which can be easily considered a red flag.

Just Before You Get Strapped to a Polygraph Machine

A polygraph examination is popularly known as a lie detector test. But the nickname is a misnomer because the machine used in administering it cannot detect lies. Instead, it’s designed to look for significant changes in an examinee’s physiological reactions to yes or no questions that can be attributed to deception.

What’s more, the chart produced is open to the subjective interpretation of the polygraph examiner.

Undergoing a polygraph test is just like getting your vital signs checked. This time around, however, a polygrapher (not a doctor) will inspect them not to determine just how healthy you are but rather to evaluate your veracity.

What does a lie look like on a polygraph? When evaluating the chart, a polygraph examiner looks for significant changes in physiological readings like blood pressure, heart rate, respiratory rate and sweating. An increase in the readings when answering a specific question could indicate that the examinee was being deceptive at that point in time.

Should you be honest during a polygraph when applying for a job? During a polygraph test as a part of a pre-employment screening process, the most important thing an examinee can do is to answer the questions honestly. Being honest about a past mistake doesn’t necessarily mean right away that he or she will not qualify for the job. 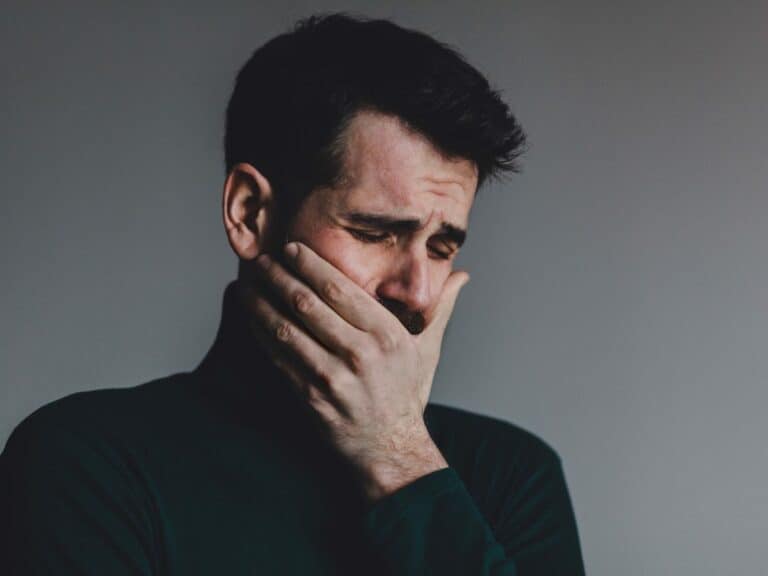 Being accused of something you didn’t do or relieving a traumatic experience can cause you to cry your eyes out. But that’s okay. According to Harvard Medical School research, crying helps ease both physical and… 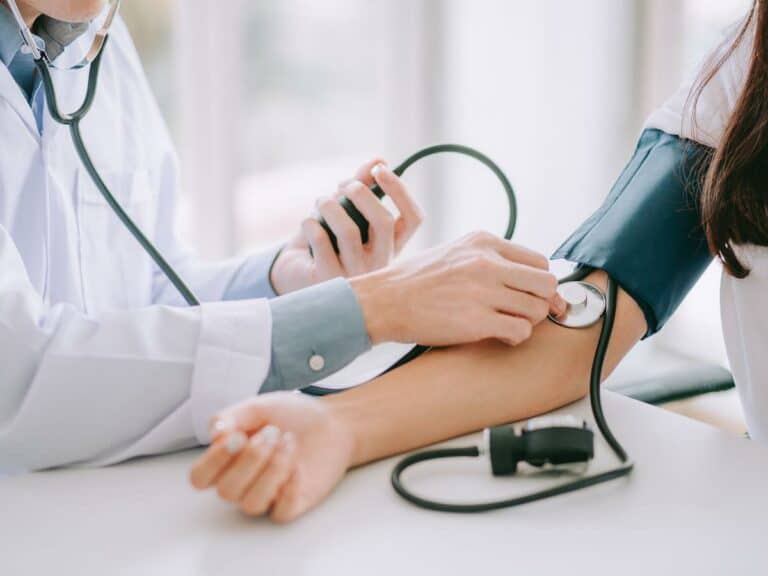 One of the things that make a lie detector test work is that the machine used in administering it can measure cardiovascular functions such as the blood pressure and heart rate. It also monitors respiratory… 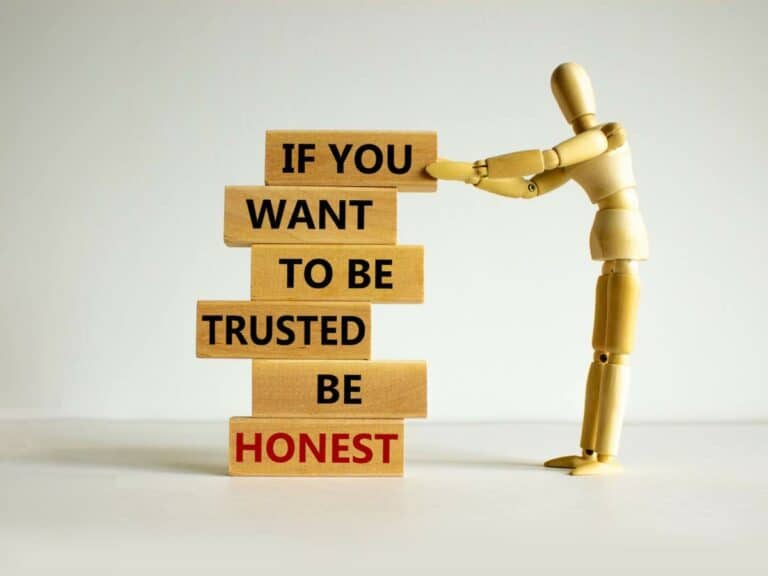 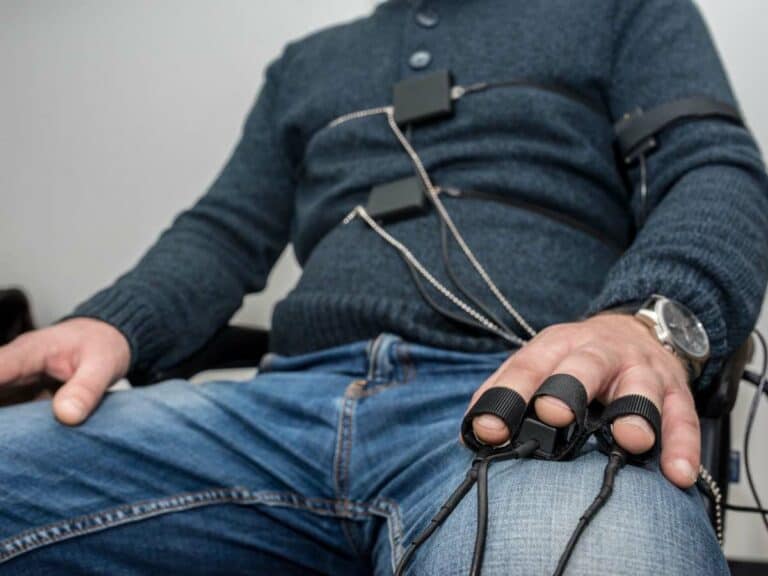